WHATSAPP launched fun stikers, which will change your chatting style

S S Chaurasiya Saturday, November 03, 2018
welcome to tips4you, It is can't believe that there are no stickers in the WhatsApp app yet, but now this messaging app has brought the stickers according to every mood. 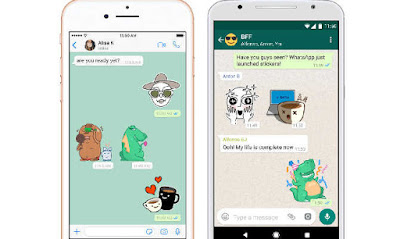 pic courtesy: WhatsApp blog
Whatsapp announced in its official blog post that in the coming weeks, various types of fan stickers are coming to the iOS and Android apps, although some users are said that the new update of Whatsapp has already started working on their app. Now after the arrival of this feature, WhatsApp users will be able to use a lot of fun stickers in their chat according to different moods like Hike or Wechat.


Where to get the new Stickers of Whatsapp


In this new feature of WhatsApp, you will see a new sticker option in the text input field. Tapping on it will open the entire menu of the stickers. From where you will be able to tap the best sticker and send it to chat according to the mood of your choice or chat. At the moment, the stickers available at Whatsapp are made by the company's In-house Designers. But the company has also added many third-party stickers app to make this feature even more powerful and popular. 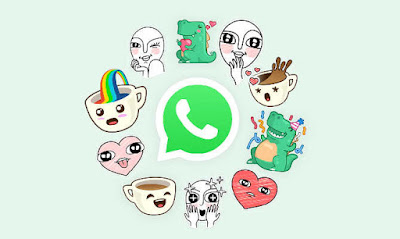 
How to add new stickers to your app


According to the current information about the stickers, WhatsApp users need to install stickers packs separately in their app like Facebook. Even though some users have started showing a sticker icon in the app, but let's assume that the latest updates to WhatsApp will be turned on the sticker feature in your phone as soon as the update is installed in your phone. It is expected that in the future, many other sticker apps will also be available to install on Whatsapp. Apart from this, Whatsapp has also opened the way for new developers to create new stickers and its information is in their block post.