S S Chaurasiya Tuesday, January 22, 2019
Want to level up your games library without spending anything? we show you where to download the best full PC games for free. 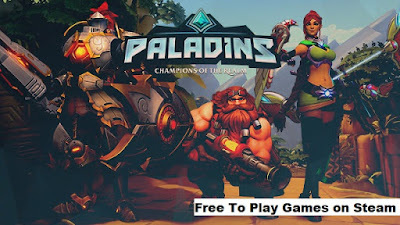 Internet Archive bit.ly/archive467 The Internet Archive (archive.org) is loaded with more than 4,000 retro MS-DOS games (bit.ly/games467) you can play in your browser. Filled with iconic (and alliterative) old-school gaming heroes such as Jazz Jackrabbit, Dangerous Dave, and Leisure Suit Larry, it's a treasure trove of titles that are guaranteed to fire up your nostalgia for gaming's good old days. Lemmings, Golden Axe, Mario Brothers, Tetris - and that's just the first page. Considering the sheer volume of games on offer, it's worth using the filters in the sidebar to whittle down the list.
Still, need a retro-gaming fix? See Wikipedia's list of commercial games that are now free (bit.ly/wiki467)
Don't miss.. With a library of genuine classics, where do we even begin: The Oregon Trail? Pac- Man? Dragon's Lair? Our vote goes to fast-paced first-person shooter Wolfenstein 3D (bit.ly/wolf467), which sees you escape a WWll prison, Castle Wolfenstein, by gunning down any Nazi in your path. This granddaddy of FPS defined the genre and still holds up today.

Steam bit.ly/steam467 Lurking in Steam's vast digital repository is a host of free and free-to-play games. First, you need to download Steam (bit.ly/steampowered467). Whatever itch you're nursing, you'll find a game to scratch it, from MMOs such as Neverwinter and Eve Online to puzzlers such as Gems of War. And that's before getting started on ever-popular classics including Dota 2 and Team Fortress 2. Mind you, Steam is a free-for-all platform and its quality control leaves a lot to be desired, so it's worth reading the reviews. Also, watch out for grind fest games that rely heavily on pay-to-win mechanics.
Don't miss... Fallout Shelter (bit.ly/ fallout467) is a spin-off from Bethesda's apocalyptic RPG. The cartoony survival sim has you building a shelter while balancing resources to explore a devastated nuclear wasteland and fight off intruders. If you fancy a challenge, try the hardcore Counter-Strike: Global Offensive (bit.ly/csgo467). 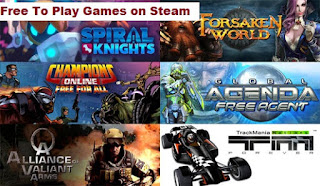 GOG.com bit.ly/gogcom467 GOG.com, formerly Good Old Games, won fans and plaudits for its liberal DRMfree policies- which means, unlike rivals, you can download your GOG games to any computer (and even share them with friends). Like Steam, you'll need to install the GOG Galaxy installer to get started (www.gog.com/ galaxy) Unlike Steam, the catalog of freebies isn't huge - no surprise given the emphasis on older and indie titles - although there's a pleasing number of 1990s point-and-click games. You'll also find a few demos and DLC packs, and the DVD-style extras included with games such as comics, wallpapers, and soundtracks- are a real win.
Don't miss it's a toss-up between Beneath a Steel Sky (bit.ly/steel467)  а dystopian sci-fi adventure from the team behind Broken Sword and Gwent (bit.ly/gwent467) an addictive turn-based card game duel first seen in seminal RPG The Witcher 3. See how the mood takes you.

Itch.io bit.ly/itch467 Itch.io is the home of independent video games, from one-man bands to small studios. Games vary in quality, as well as length (expect many playthroughs to last 30 to 60 minutes), and there are more romantic 'visual novels' than the world needs. But scratch the surface and you'll find some spirited projects to occupy your time: check out the full and brilliant remake of the PlayStation's terrifying PT (bit.ly/pt467) or Minimal Raider (bit.ly/raid467), which looks like an old Tomb Raider game and plays like a new one. Most free sites let you support the developer by paying an optional 'fair price for the game
Don't miss... NeonCode (bit.ly/neon467), a moody hour-long adventure inspired by Blade Runner, Miami Vice and TellTale's choose- your own adventure games. Made by one guy on his downtime with its tongue planted firmly in its booze-addled cheek, it's a fun, neon-soaked noir.
Game Jolt gamejolt.com Game Jolt, like Itch.io, offers an electrifying library of independently developed games. And, good news for your wallet, many operate a 'free or name your price' system (bit.ly/freejolt467). The freedom for devs to upload their games means a platform loaded with real diversity, a heady mix of 8-bit-inspired platformers, PlayStation-style 3D games and impressively detailed first-person horror sims- a big gaming trend since Outlast and Layers of Fear. Play games in your browser or download them directly - but if you're planning on binge-gaming, grab the client (bit.ly/gjclient467), which installs multiple games and keeps them updated.
Don't miss... The Darkside Detective (bit.ly/dark467) has you solving six different cases in a retro-style point-and-click adventure with a supernatural twist. The absurdist humor recalls the heyday of Monkey Island and Grim Fandango.

Reddit's Free Games sub bit.ly/free467 Why scour the internet for free games by yourself - it's a big old place, after all - when you can crowdsource that info? The Free Games subreddit sees bargain-brained Redditors regularly posting links to the latest free games. And not all of these can be found on trusty favorites like Steam and GOG, which leads to a few mobile titles and even hidden gems such as Sniper Elite 3 on GameSessions.com. Keep your eyes peeled for a few indie games, too, uploaded by developers to showcase their art. If it's a free game out in the wild', expect it to swiftly land here.
Don't miss. Subscribing to this subreddit means you'll never miss out Scammy or spammy games are downvoted into oblivion allowing the cream to rise to the top. However, it's still advisable to research or run scans on any sites you don't recognize.
Epic Games Store bit.ly/epic467 New kid on the block, the Epic Games Store, from the studio behind mega-hit Fortnite, offers gamers two free games every month. That's not an entirely kind-hearted measure- the platform wants to quickly build your Epic Games library to compete with Steam. Still, when they're dishing out freebies like the tough-as-nails Super Meat Boy and haunting walking simulator What Remains of Edith Finch, we can't complain. These free games change on a fortnightly basis. They won't be the newest but expect high-quality titles at least while Epic establishes itself as a Steam rival.
Don't miss... Whatever on offer. With a rotating line-up, check in every two weeks to see which games are up for grabs. While you're there download Epic's very own Fortnite Battle Royale (bit.ly/fort467) which tasks you with eliminating 99 other players to become the sole surviving victor.