S S Chaurasiya Wednesday, January 02, 2019
Every year, some new changes are seen in technology. Let's know, how this world of technology will look like in 2019 ... 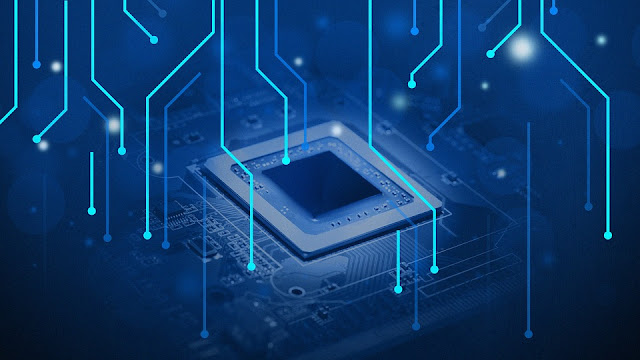 Technology is such a field, where innovation is seen all the time. This year we saw a major change in smartphone screen and camera technology. If we talk about the year 2019, then we will see surprising in the new technology and the internet.

you have seen the hologram on the packet of a product. But with the advent of the fast Internet, This will also be used in presentation movies and events. Through this, we can see real things using virtual pictures like if an event is happening in the US, people sitting in Delhi using the hologram will also be able to see the event with the same experience. real presentations will be in any hall with the hologram.

Reliance Jio introduced  VOLTIE Service to Indian smartphone users. This high-definition network is not only fast for calling it's also quite clear. But now be ready once again to use the new technology of calling. In the year 2019, you will able to use VOI-Fi. It can also be started by Reliance Jio. As the name VOI-Fi suggests, you will be able to call on the Wi-Fi network. Although Wi-Fi calling is still on, it is not HD. with VOI-Fi, you will be able to call with Crystal Clear Sound.

It is expected that in the year 2019, 5G network will knock. After the superfast network 5G arrives, you can find many new things, including the 5G robot. A few months ago Huawei had demonstrated this robot. This robot can act as an assistant for you.

You must have heard about the flying bikes. In the new year, you will see one step forward flying taxi. The helicopter maker company 'Bell' has prepared prototypes of flying taxi and is expected to launch it in 2019.Helicopter air taxi with a seating area for 4 people. You will be surprised to know that Uber, the cab service company, is ready to partner with the helicopter air taxi soon.

Google is most innovative about regional languages. and in the meantime, the company has introduced many translation tools. At the same time, the company is now bringing a technique for real-time translation. Google presented its prototype a few months ago This earbud is capable of translating 40 languages. It has a dual speaker, which is able to explain to you by listening on one side and by translating on the other side.

In the year 2018 the phones with the Notch screen were in great demand, but in 2019 you will be able to see the new Display Technology All Bezel Less means, you will not see anything at the front panel of the phone. The touch buttons are not coming anymore, while the camera will also be below the screen, which will not be visible. It will only be active during photography.

The internet is now much faster than before, and the internet-device market is growing rapidly. In the last few years, the concept of Smart Home became quite popular in big countries. In smart homes, many devices are connected and communicate with each other, such as mobile is connected with audio device and audio device is connected with TV, refrigerator, bulb, Geezer, AC, and RO etc and can be controlled. With the smart home in 2019, you will see the concept of smart space.

Tesla first created a car with auto-pilot function. However, Self-drive cars depend on the virtual map. For direction and right driving, they use sensors. Both these techniques are constantly improving. hopefully, self-driving cars will soon be available in big cities.

Big aperture Huawei has introduced the Nova 4 handset just a few days ago in China. This is the world's first phone,  with a 48-megapixel camera sensor. In 2018, this technology was limited to a single country, but soon, 48-megapixel phones will be available in other countries. not only with Nova phones, but also other companies Samsung, Honor, Xiomi, Oppo, and Vivo, along with the Huawei.

These days People talking about low light photography. A normal camera takes a good picture in daylight, but there is a problem in the night. In such cases, the companies started using a big aperture, so that camera can capture more light and take a better picture. Last year, Samsung introduced  F / 1.5 variable aperture in the Galaxy S9 and Galaxy Note 9. this year, you will find Fixed F / 1.5 and F / 1.4 aperture in a phone.
Share Tweet Share
Newer Post Older Post