Aadhaar Cancellation will be possible, bio-metric will be deleted also.

Preparation of Government: Aadhaar Cancellation will be possible, biometric will be deleted also. 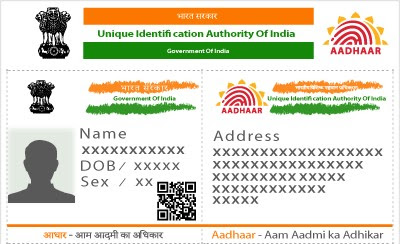 Recently the Supreme Court's decision is - Aadhaar is not mandatory for all types of services and it is said to be valid with some conditions. It was also called Secure. But now there is a news that might bring a new turn in the Aadhar debate.


According to a report of The Hindu, the central government is in the last phase of amendment of the Aadhaar Act. According to this proposition, if any citizen wants, he can cancel his Aadhaar. It includes its Aadhaar number, biometrics, and data.

According to the report, the issuing institution UIDAI has proposed to add 'opt-out' clause to the Aadhaar Act. Under this, people can delete their biometric details from the Aadhaar server. The Hindu said that the Unique Identification Authority of India has prepared for this amendment.

This report says that the proposal has been sent to the Law Ministry for revision. According to a statement printed in The Hindu, they said, "The ministry has suggested that everyone should get the option of canceling the Aadhaar ie canceling it and it should not be limited to just a few people."