S S Chaurasiya Saturday, November 24, 2018
welcome to tips4you
There are some changes regarding ads in the world's largest online video platform YouTube. There are two stories you should know. 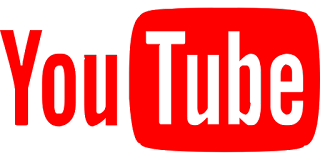 Almost all users are troubled by YouTube's unwanted ads. But what will? Even if you do not want to use the free service, you will have to see the ad. Now YouTube is preparing to bring Back to Back Skippable Ad which will be called Ad-pods. This can be beneficial for you. Because in the beginning you will get ads continuously, but you will be able to get rid of ads in the middle of the video. In this way, you will be able to watch the entire video without any interruption.


The company has said in its blog, "After understanding the fresh user experience, we will test the ads and keep ads back-to-back where the viewers will have the option to skip the direct '

If you do not want ads, then in some countries there is a premium option for which money is to be paid. The second option is to use a third party ad blocker. But there are many restrictions too.

The California-based company has partnered with Hollywood Studios. This list contains 100 movies. More movies will be added in the coming time. These include the films of The Terminator, Hackers, Saves, and Rocky Series. There are no Bollywood movies in this list, but Bollywood films may also come in the near future. The company has not made any statement about this.
Share Tweet Share
Newer Post Older Post