Alert Android users! If Google's app is spending a lot of internet data

S S Chaurasiya Sunday, November 04, 2018
There is a  information for Android users. That is, one of Google's apps on your smartphone, without asking you, is spending a lot of internet data in the background. There is a big reason behind this that no one knew till now. 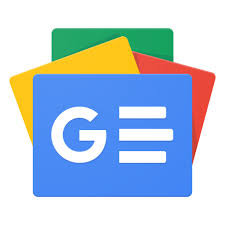 Google's popular app, the Google News App, was a problem for users since the past. Actually, this app is spending a lot of internet data in the background without users permission. According to the report of The Verge, this problem of the Google News app is coming from a bug which Google has now found. The Verge Report reports that since June this year, all Android users were complaining about access internet data consumption.

Despite the WiFi option spending your SIM internet

According to Google, the bug in the Google News app has been fixed to a great extent, though many Android users are still troubled by the problem of spending extra data in spite of recovering in September. The shocking thing is that this bug is also speeding up the internet data of mobile users who have kept the download WiFi option open. That is, SIM data is being spent even after the WiFi option is turned on. In the case of some users, it has come to know that more than 24 GB internet data was spent on their phones inadvertently.


To save data, DO THIS