S S Chaurasiya Monday, October 15, 2018
"No room for videos and photos on your phone? Don't buy a new phone. Instead, remove unwanted apps and data, then upgrade its storage. I will show you how"

There is no point spending money If you don't need to, so before investing in memory cards for your phone, delete any data you no longer need. Start with your apps- you might be surprised how much space some of them hog.

On an iPhone press down on any app icon until they all start to wobble, then tap the 'x' on the corner of the one you want to remove. You can delete as many as you like in sequence, but need to confirm each one. When you have finished, praise your phone's physical home button to stop the icon shaking.

Some version of Android have a similar removal process, instigated by holding down and icon; expect you to drag apps to a particular part of the screen, showing 'remove' or 'uninstall'. There is one method that's universal,though. Open setting and type either 'apps' or 'apps send notifications', depending on which appears on your phone. Now tap the name of the app you want to delete and on the screen that follows,tap uninstall. If the button Institute says disable, tap it anyway. The app would not be deleted because it's one of Androids defaults, but it will be hidden from your menus. 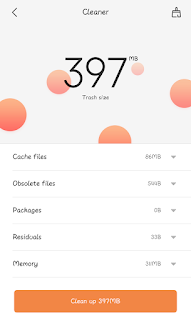 iOS also has a number of pre-installed apps that cannot be removed, but following the process outlined above for deleting them will at least hide them from the home screen. Although it reduces clutter, this would not actually help you recover lost space.

Its not only unwanted apps that take up space: Their documents and data do as well. Most apps have built in tools for piles you create with them, and you can quickly delete duff photos and videos via gallery  on Android or photos on iOS. This is a good start, but it's really just scratching the surface.

If you are using Android, install Google files go from the Play Store, which audits your device and suggested way you can reclaim lost in space. Alternatively, checkout Clean Master, which identifies junk files and lets you remove them with one tap.

As you can see from the coloured graph at the top of our screenshot(below left), more than half hour iPhones used space is occupied by photos(over 45 GB, represented in yellow). Typing enable beside 'optimise photos' will move all photos to your Apple iCloud account, immediately free up space on your device, lower resolution versions will be retained on your device, and then full version retried automatically if you ever want to edit, embed or share them. 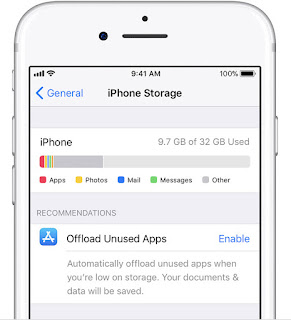 Return to your iPhone storage setting and type in able besides offload unused apps to automatically delete once you rarely used when storage starts to run low. They will still be tied to your account, so call them when needed without having to play again. However, apps larger than 100 MB can only be downloaded when you are connected to Wi-Fi, away from home you will need to find a wireless Hotspot.

For more precise control, tap and individual app further down the list. As well as revealing precisely how much space that app and its data using. this offer to additional options: Offload apps, which remove atlee but leaves your documents and data in place, eat immediately but leaves your document and data in place, and delete app, which removes the app and all associated data including your original work. There is no recovery process if you opt for the latter, so be sure to backup or export any documents you would not want to lose.

Many Android phones include a MicroSD card slot. Check your phones instructions or look for a flat on the side of your device to locate it. Be careful not to remove the SIM- this connects you to your phone network and easy usually housed in a removable tray, while the micro SD card more often simply clicks into place. Micro SD cards are asymmetrical to stop them being incorrectly inserted, so if you are having trouble installing one, take it outdoor flip around rather than force it in. 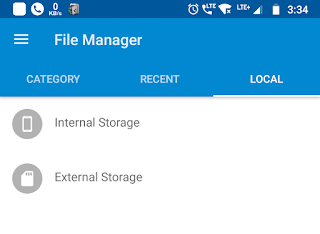 If you are using a card that you have previously using a digital camera, back it up before transferring it to your phone, then format it. Do this one the phone itself rather than on your PC so you don't you unintentionally transfer any hidden files or use a format the phone cannot read.

Open settings, tap 'advanced settings', then 'memory&storage'. You all see entries for your internal storage in the memory card, which may be called SD card or portable storage. Tap the card, then tap the format button to wipe it.
Return to the 'memory & storage' screen you all see an option to set the 'default location' for installing Apps and saving data.if you have not changed anything since first setting up your phone this will be sent to internal storage but if space is starting to get right tab it and select SD card from the menu(as Screenshot).


Keep in mind that slower cards will degrade your phone's performance if set as the default storage location. See the box above for an explanation of different card rating. 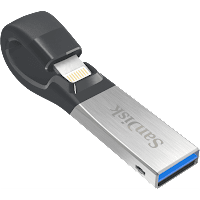 If you assumed the lack of a MicroSD card slot on iPhone mint Apple users could not expand their storage, think again. There is no slot for a memory card but there is the lightning port which works with the range of external memory device.

The SanDisk iXpand is a double ended USB device that pays a regular USB connecting for your PC or Mac with the lightning interface for your iPhone and iPad. It's unlikely 'lightning storage' You all want it connected all the time but it lets you free up internal space by moving photos videos and other files of your phone. You can also watch videos straight from it without first copying them across.

Available in five capacities of between 16 GB and 256 GB, and starting at appx INR 17,180(256 GB) on Amazon,iXpand has the potential to double your phones available capacity for a fraction of the price of a new device. As always cheaper unbranded version are available- search Amazon for Lightning storage and you will find similar products starting at around appx INR 7,000(256 GB) ...