S S Chaurasiya Monday, December 17, 2018
Hole in the Internet's routing system Sends traffic to the wrong parts of the world 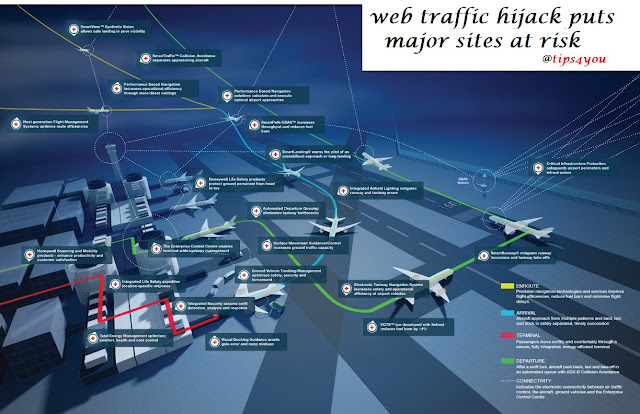 The border Gateway protocol(BGP) is a key element in linking the internet's various Network and managing the way traffic between geographical areas. However, a system flaw allows any relevant network controller to make changes to the way traffic is directed hand poses a serious threat according to the experts

I suspect it's been happening for a while but with organizations now taking a greater interest in routing it's becoming more Apparent, said Allen Woodward a cybersecurity computer science Professor at the University of Surrey.

China Telecom has already relatively seamlessly Hijacked domestic US and cross US traffic and redirected it to China over days weeks and months.
The pattern of traffic revealed in traceroutes research suggest repetitive IP hijack attack committed by China Telecom
While one may argue such attacks can always be explained by normal BGP behavior this is in particular against malicious intent because of their unusual transit characteristics

In theory, it should always mean traffic goes the shortest and fastest route but anyone with access to the ASN can make changes that are instantly updated and become part of wabs A-Z

The problem is that once updated, it is propagated Across the internet and implicitly trusted it was always resumed when designed that there would be no reason not to trust it