One Best Buy Of Each Team In The History of IPL

S S Chaurasiya Thursday, December 20, 2018
Rohit scored a plethora of runs for Mi and helped the aids win 3 titles under his leadership since 2013..... 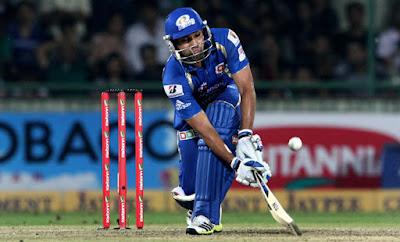 Image courtesy: Indian Express
Over the years, the Indian Premier League has mesmerized fans throughout. Since 2008, the IPL has served as a big platform for cricketers in showing their talent Big players have
come and gone and a few have managed to stay at their respective clubs since the IPL's inception, Over the years many things have changed with new teams replacing others
Franchises like Chennai Super Kings and Rajasthan Royals were suspended for a two year period, but they made a comeback. In the 11 editions of the IPL, several players have had a serious impact on their sides CSK won the title thrice alongside Mi, with KKR winning it on two occasions. Every team over the years have had that one best purchase in the
history of IPL. Let's have a look at the same.

Rohit was a hit for Deccan Chargers and featured for the side ill 2010 He was roped in by Mumbai Indians in 2011 and since then he never looked back, Rohit scored a plethora of
runs for MI and helped the side win 3 titles under his leadership since 2013. He has played some commendable knocks for his side over time A big match player, Rohit has t shied away from his responsibilities and is still the most admired name 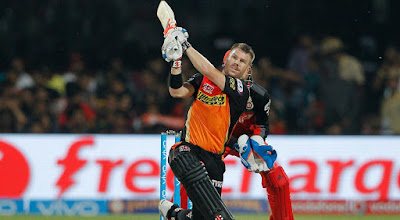 The Aussie has to be SRH's best buy. He has won two Orange caps playing for the team and led the side to the 2016 IPL title A ferocious opener, Warner has been at his best playing for the Orange Army. There are very few that can match his consistency.

Chennai went big with MS and the returns have been extraordinary. He has played 9 seasons for the side and has scored 3,442 runs for the team. Dhoni has been a valuable
asset for CSK and has won several matches for them over the years. Not just that. Dhoni has also led the side to three IPL titles apart from leading them to 3 finales. His magic with the bat and behind the stumps is a treat for many.

The maiden Orange Cap winner Marsh was one player who thrived at KXIP. He represented the club for 9 seasons and missed out in 2009 and 2018. 2,477 runs from 71 matches are
no mean feat. A ton and 20 fifties make him the best player of this team to ever have.

DD has been one of the most inconsistent sides of the IPL They have gone for a strong overhaul of teams in almost all the auctions. But one player that has been a mainstay of the side is spinner Amit Mishra. After appearing for the franchise in 2008, Mishra plied his trade for DC and SRH, before moving back to DD in 2015. He has been a regular wicket-taker and is a prominent figure.

RCB haven't won the IPL title, but they have had the talisman Kohli to play wonderfully for them over the years. He has been a terrific run-machine for the side and has represented them every season of the IPL. A loyal entity - Kohli has seen success as a batsman. He has 4.948 runs in the IPL and has the most runs by a player for a single team. 4 hundred included in that shows his specialty.

The West Indies mystery spinner was bought by KKR in the year 2012. Since then he has featured in 98 matches for the side, besides picking 112 wickets. Off late, he has also turned out to be a valuable opener scoring 224 and 357 runs over the last 2 years. Narine's tremendous application with the ball has handed KKR impetus in recent seasons. He played a big role in the dual title winnings campaigns

RR won the inaugural title under the leadership of Shane Warne. Since then the side hasn't some strong and despite many players coming in, the impact that Warne had wasn't met
by anyone. Warne stayed 4 years at the club and picked 57 wickets. But he will always be remembered as someone who set the standards in IPL.