welcome to tips4you
Is it the next Bitcoin or just the latest online scam? David Crookes takes a look at the proposed digital payment system that's got the web in a whirl 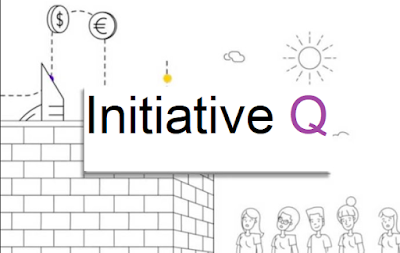 Initiative Q is a new form of private currency that has been widely touted across social media. Claiming to be tomorrow's payment network', it seeks to establish a new global currency standard called Q, enticing people to become early adopters by promising free Q cash for signing up. This has led to an online scramble of sorts, with four million people already jumping on board. But the jury is out over whether it's legit or something else entirely.

If you dangle the prospect of free money in front of people it's inevitable that a good number of folk will immediately rush to sign on the dotted line. But in this instance, you're not receiving any money right now - at least, you're not getting any moolah that you can actually spend. Instead, Initiative Q is reserving currency in the hope that it will eventually be able to set up its payment network and hit the ground running. To that end, it's putting aside two trillion Q expecting each one to be valued at roughly one US dollar.

Is that value nailed down?

No. A currency's value, as the company itself explains, is dependent on the equation of exchange, which takes into account not only the total value of all the Qs but the volume of transactions. After all, we could set up a currency called WebUser today but if nobody used it, it would have no legitimacy or value. For Q to work, it needs to be a stable currency. To enable this, the company says the reserved reward Qs will be released gradually "at a rate that matches the growth in economic activity on the network Complicated stuff, for sure.

But isn't this just another cryptocurrency?

No. In actual fact, Initiative Q goes as far as calling cryptocurrencies such as Bitcoin "a brilliant solution to a problem that doesn't exist". Instead, Initiative Q says it prefers the core methods of the current banking systems and the same professional monetary policies that
governments use, saying they offer solid protection while sheltering users from fraud. The only similarity Q has with cryptocurrencies is that it will be a digital system that's trackable. 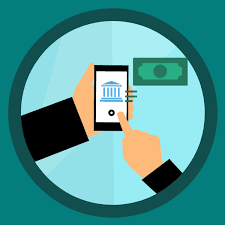 So how does it all work?

Right now, nobody is entirely sure. No product or service is available yet, nor has any system been developed to the point where it could be shown to the world. That won't happen until Initiative Q has its large user-base in place Once it does, it will crack on with "building the payment system of the future" and attempting to produce a robust, easy-to-use and inexpensive network. To that end, it makes no secret of the fact that this will take time and that it may not even work at all.


Will there be physical notes and coins?

No. Q is emphatically going to be digitalonly. A paper on Initiative Q's website says a digital system makes transactions cheaper, and those transactions will be made
via a Q mobile app when we're out and about. The team says the currency will make good use of smartphone cameras, microphones and GPS scanning barcodes in shops for automatic billing, for instance. By standardizing recent ideas and technologies, it hopes to make them more appealing to customers.

So here's the clever thing. Initiative Q has been made invite- only, hence the reason it's taken social media by storm. The more people a current member gets to sign up, the more
their Q count increases, earning them a higher reward When they successfully complete their initial invites, they are named an Initiative Q Evangelist and allowed to Invite
even more people and reserve more Qs. What's more, to speed up the process of adoption, Initiative Q is giving people more Qs the earlier they sign up, and also giving away currency units for referring more people and completing future tasks, none of which are yet live. "It's
maybe a get-a-bit-richer-slowly scheme," says the currency's brainchild Saar Wilf
Wilf is the founder of Fraud Sciences Corp, which was acquired by eBay for £169m in 2001. The purchase saw Fraud Sciences' risk tools integrated with PayPal's fraud- management system, and much significance is made by Initiative Q of this PayPal connection

What's in it for Wilf and co?

It's fair to say that Initiative Q will make a lot of money if the system ends up in place, and give Wilf& co a good deal of control-he openly states that the team will take small
transactional fees from payments made through the network. To get there, however, Initiative Q needs people to sign up to get around what it calls a "chicken-and-egg
situation". In other words, buyers won't join a currency network if there are no sellers and sellers won't get involved if there are no buyers
By dishing out a reserved share of two trillion Qs for free Initiative Q hopes to break this barrier and solve the adoption problem. The hope is that once it eventually starts
being used to buy and sell items, its value will rise in proportion, giving those who joined early a tidy windfall in the process. Or at least that's the plan.

Surely this is a pyramid scheme?

To some degree, it is except Initiative Q only requires your name and email address at the moment (and there's no rule preventing you from setting up a new address solely for this very purpose). There's no mention of you having to pay any money upfront, so in that sense, Initiative Q is only doing what other tech companies such as Dropbox and
Uber have done before it: that is, giving you incentives for signing new registrants. Even Google is not immune to the marketing potential of invite-only schemes-it launched
Gmail in this way. The feeling that you're joining something exclusive that has already been endorsed by someone you trust plays a big part.


But can I trust it?