S S Chaurasiya Tuesday, December 04, 2018
welcome to tips4you
As the films of any big franchisee releases, it is difficult for new audiences to understand them. The Harry Potter series was the prequel Fantastic Beast and The Crimes of Grindelwald is a sequel. Which is presenting a new enchanting view of the magical world. 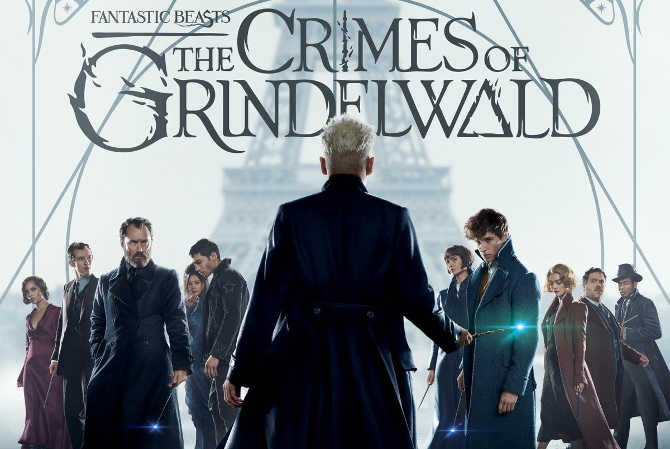 Writer J.K. Rolling and director Henry hope that you must have seen the first part of it, if you have done so, then you will understand this movie, or l film will go through the head.

the story of Fantastic Beasts The Crimes of Grindelwald movie

Next to the Fantastic Beast and Where to Find Them, Grindelwald is planning to rule the world of magic with the help of Credence and Nagini, after escaping from America's prison. Tina arrives in Paris to find her. For this reason, Dumbledore says Newt, Jacob, and Paris with his suitcase. Will Newt and Tina meet together to get rid of Grindelwald's plan? This is the story of the film.


Analysis of Fantastic Beasts The Crimes of Grindelwald movie

First of all praise for the things that deserve praise. Despite the film being a dark film, there is a visual masterpiece. The music, VFX, artwork and the rhythm of the film is tremendous. The story of Voldemort's Pet Nagin Origin and the story of Albus Dumbledore's youth is Delightful. You also get to see the story of Dumbledore and Grindelwald's relationship and separation. But as Rolling has said that this movie is just the setup of the next story, so one is left on Cliffhanger who is often with the franchise. There are many references to the Harry Potter series in the film and its own pleasure to see the 1920s Hogwarts. Harry Potter's Lover is going to like it all.

Things not good in the movie

The movie goes slow somewhere elsewhere and the story sometimes gets big self-indulgent. Those who have not seen the first film, they must read at least the first movie's synopsis. Hindi version dialogues are very basic and lightweight, probably because of the Google Translate. Wish would have been better and interesting.

Jude Law In Dumbledore's role and  Johnny Depp in Grindelwald's role performed tremendous self-indulgent of and Overall all casting is fine, especially in the role of Credence, Ezra Miller is fantastic.

In addition to this, the film will also be able to get the first preparation like Infinity Wars earlier this year. If the time is good, then the film is good and can be seen and seen.